The terms "forehead lift" & "brow lift" are often used synonymously, as they both accomplish the same thing. Sometimes as a hereditary occurrence and sometimes due to the aging process, the brows will drop and start to produce a sad, “puppy dog” look. These changes can produce an unattractive, aging appearance that is easily corrected by performing a forehead lift. Originally performed through long incisions within the scalp from ear to ear or at the frontal hairline, we now routinely perform the forehead lift endoscopically through four very small (3/4") incisions placed within the hairline without having to cut or shave the hair. An endoscope, a tube with a light at one end and a camera at the other, is used to perform the procedure very non-invasively with excellent results that help reposition the brows at a higher more normal position as well as softening the lines on the forehead.

The endoscopic forehead lift is performed under twilight anesthesia and compared to the older "open" forehead lift, the healing time is much shorter with the person looking presentable in 5 to 7 days with much less swelling, bruising and discomfort.

A forehead lift will usually make the eyes look brighter, bigger and gives the person a happier and fresher look.

Some individuals have naturally high foreheads but still have sagging brows. These individuals are candidates for the Pretrichial forehead lift. This lift is similar to the endoscopic forehead lift in that it is also less invasive than the classic coronal lift. Two small incisions are made laterally in the temple region while another incision is placed along the anterior hairline. The brow is then elevated, excess skin of the forehead is removed without making the forehead higher than before. The incision along the hairline is closed with fine sutures with the scar placed in such a way that the hair grows through the scar making it less conspicuous. 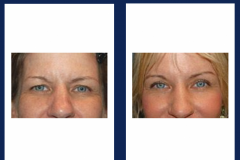 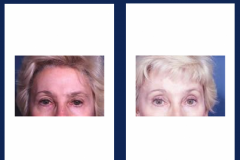 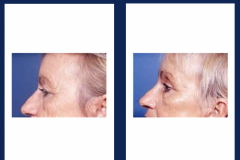 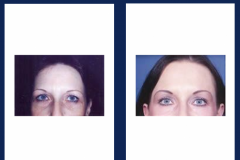 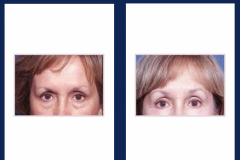 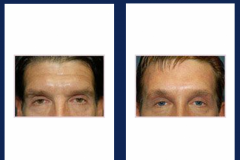 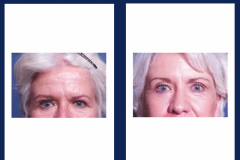